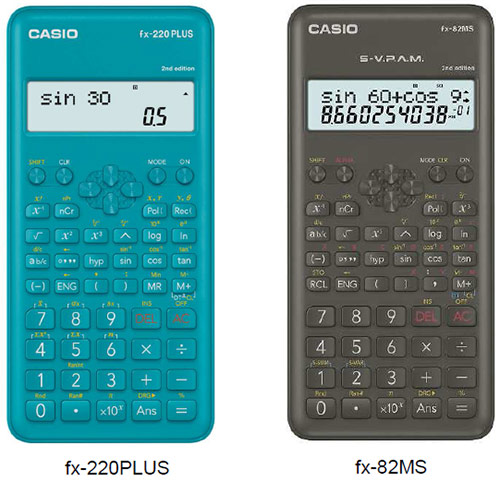 With the release of this second generation MS Series, which are marked by a “2nd edition” inscription, CASIO has updated its patented design of the calculators for the first time since the MS Series was launched in 2002.

With rounded corners and edges for a better fit in the hand, the body has been reshaped to enable the hard cover to be slid on from either the top or bottom of the calculator. The cursor keys are accented with a special textured surface around the keys. High-visibility fonts and high-contrast printing colors enhance ease of use. The four separate cursor keys replacing the old single four-way cursor button makes it easier for users to press the keys.


*² Battery life is calculated based on one hour of use per day.

About CASIO Europe GmbH
CASIO is one of the leading international manufacturers of electronic consumer products. Following the principle of “creativity and contribution”, the company has dedicated itself since its foundation in 1957 to the development of products characterized by modern technology and innovative design language. Today, the product range of CASIO includes calculators, electronic dictionaries, projectors, watches, musical instruments, cash register systems and terminals for mobile phones.
www.casio-europe.com

For the majority of the models, there are software products with the same operation available that enable fast and uncomplicated lesson preparation as well as a more lively lesson design. For teachers, CASIO offers a comprehensive support program with free workshops and trainings, teaching materials, a free school calculator rental service and much more.